Work has changed. So naturally the way B2B tech audiences receive and respond to marketing has changed too.

Scroll down for results

Which of the following marketing channels were you using before the pandemic? (Top 5)

Which of the following marketing channels were you using during the pandemic? (Bottom 5)

Since the start of the pandemic, have you experimented with any of the following marketing channels for the first time? (Top 5)

How did the pandemic change engagement?

As a marketing team, we really needed to change the way we were doing things. Everything had to be digital, everything had to be virtual. And I have to say the team really shone. We had some great results, particularly from webinars and events. Our annual cybersecurity predictions, for example, which we ran as a series of nine webinars. They were a huge success, with thousands of sign-ups and a highly engaged audience throughout the series. I was really proud of that one. 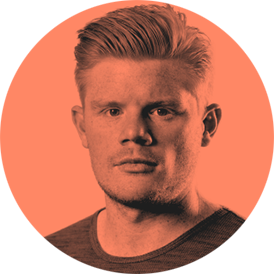 Changing attitudes to creativity and risk

New channels for a new normal

Which channels are working now?

What marketers want from an agency

Conducted in February 2021 by Opinium, Perspective 2021 is a survey of over 200 senior marketers in medium to large tech companies in US and UK.

Overall, engagement is up. But fortunes have varied wildly.

It makes sense that when work changes, the way people respond to tech marketing changes too. And our respondents paint a complicated picture of the past year.

Broadly, marketers have seen positive changes. People are more than twice as likely to say engagement has increased (28%) as report a decrease (13%). More than half of respondents told us leads and conversions are up (55% and 53%, respectively).

There are wide variations. US marketers are almost three times as likely to report a fall in engagement during the pandemic, compared to counterparts in the UK. But on the flipside, they’re more likely to have seen conversion rates grow.

New working patterns have disrupted traditional sales cycles too. 51% of respondents say prospects are dropping off at different times than before.

And again, small business marketers come off worst. Having had less freedom to be creative, they were almost twice as likely to report a fall in lead generation – and also more likely to say subscription renewals are down.

Respondents are almost twice as likely to say engagement has increased than decreased this year.

US marketers are three times as likely to report a decline in engagement – but more likely to have seen conversion rates increase.

of marketers have tried online events for the first time.

Changing attitudes to creativity and risk

New channels for a new normal

Which channels are working now?

What marketers want from an agency